Thomas Pesquet, ESA’s French astronaut has decided to commit to the NGO Aviation Sans Frontières by supporting its activities

Thomas Pesquet, France’s best-known astronaut, spent 196 days, 17 hours and 49 minutes in space. Former aerospace engineer and airline pilot for Air France, he joined the recruitment campaign of the European Space Agency and was successfully selected out of more than 8000 candidates. Following a period of intense preparation, he left for the International Space Station on November 2016.

What characterized his stint in space was his willingness to share what he was seeing from up there, to sensibilise and to educate people: “I saw the beauty of our earth but I also witnessed its fragility”.

Concerned about climate change and living conditions on earth, Thomas Pesquet decided to commit to the NGO Aviation Sans Frontières by supporting its activities and by participating in a communication campaign promoting solidarity actions.

He took part in the communication campaign #parsolidarité (#outofsolidarity) which promotes solidarity actions. The campaign, conceived and managed by BRIGHTLY, aimed at giving voice to socially responsible and engaged actors, in order to highlight their actions while raising awareness on mutual assistance : 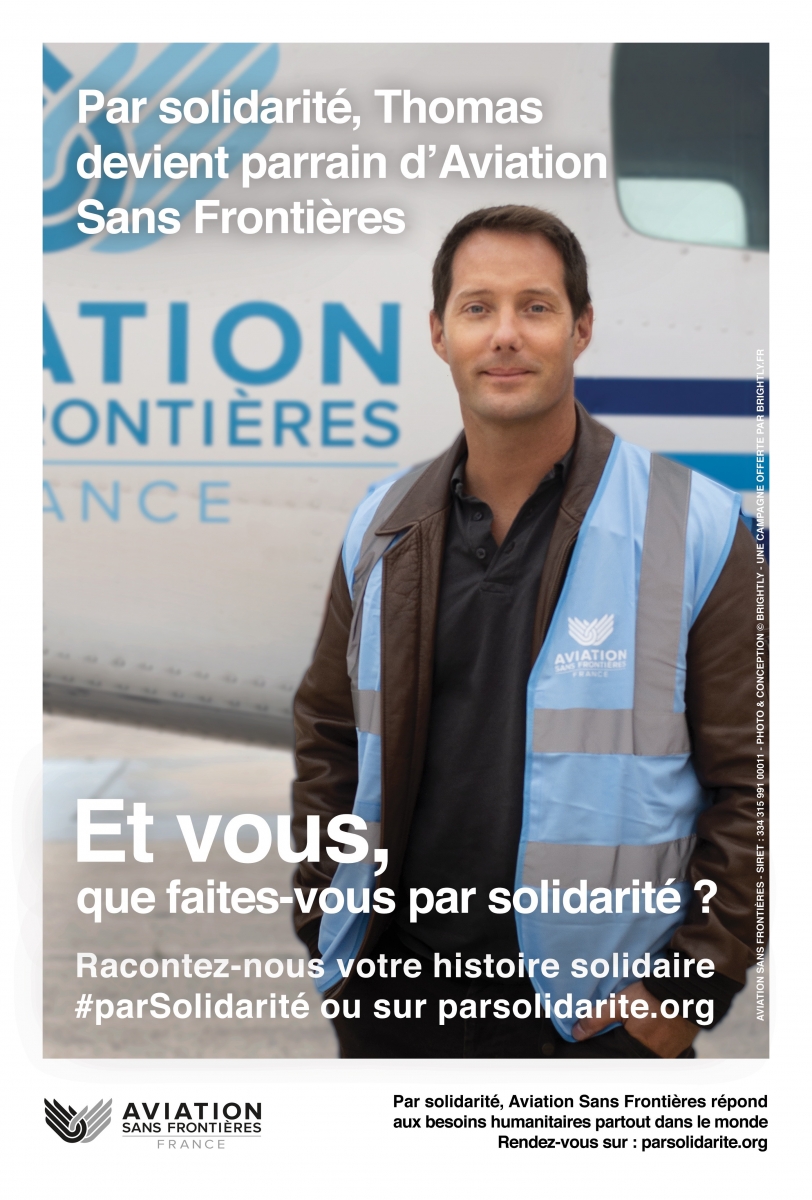 Through this communication campaign, each individual shares a social experience on social media with the hashtag “#parsolidarité” / #outofsolidarity and via the website https://parsolidarite.org

From the singer Anggun, sponsor of the NGO, to Xavier Emmanuelli, co-founder of Doctors without borders, and from Olivier Giroud, French professional footballer to Adèle, a committed student, many people from different background have joined our campaign, sharing their stories and inviting their followers to share, in turn, their experiences. These stories emphasize that solidarity can take on many forms and is potentially accessible to all of us.