Helping those forced to flee from danger

Since 2007, Aviation Sans Frontières has arranged escorts for refugees with the help of the  International Organisation for Migration (IOM), an organisation involved in relocating refugees to host countries. IOM works in close collaboration with the High Commissioner for Refugees (HCR) and numerous other NGOs.

Wars and ethnic conflicts lead to the migration of civilian populations who, to escape combat, brutality and death, must seek refuge in neighbouring countries. In addition to these populations, there are also climate refugees, forced to flee their countries due to famine resulting from droughts. This reality is particularly prevalent in areas like the Horn of Africa. Arriving in unknown lands, these people are gathered into camps managed by the UN High Commissioner for Refugees and other NGOs.

Residency in these refugee camps can last for years. The reason for this is simple: our primary aim is to try to get the refugees back to their country of origin. The selection process for those wishing to enter another country is lengthy and many different criteria are taken into consideration before a relocation decision can be accepted. Most of the refugees that we accompany to the USA, Northern Europe or Australia have stayed for a minimum of ten years in one of these camps. It is hard to believe that in camps like Dadaab’s camp in Kenya, that has a population of 500,000 people, three generations of one family live together.

Then, one day, ‘D-Day’ finally arrives: the day of departure to the host country that has agreed to welcome the refugees. At this point, Aviation Sans Frontières intervenes, sometimes by providing escort volunteers to IOM, whose role it is to guide these travellers and take care of them. Sometimes, the things that are so simple and natural to us can be regarded with fear by the refugees.

Aviation Sans Frontières volunteers take care of young children, families, or disabled refugees who cannot travel on their own.

The average duration of one of these missions is five days and the number of refugees accompanied can vary from one individual to large group of 60 people.

Since the beginning of these operations in 2007, more than 17 870 refugees have been accompanied by Aviation Sans Frontières volunteers.

In 2021, volunteers of Aviation Sans Frontières performed 57 escort missions and took care of 1 620 refugees who were relocated to the USA and Europe (Germany, Denmark, Norway and Sweden), as well as to Canada.

“In 2008 I accompanied a family of Bhutanese refugees, who had spent 18 months in a Nepalese camp, to the USA. In April 2013, I received an email from them, telling me that they had just bought a house.”
Jean-Claude Gérin, Aviation Sans Frontières’ volunteer, in charge of Refugee Escorting. 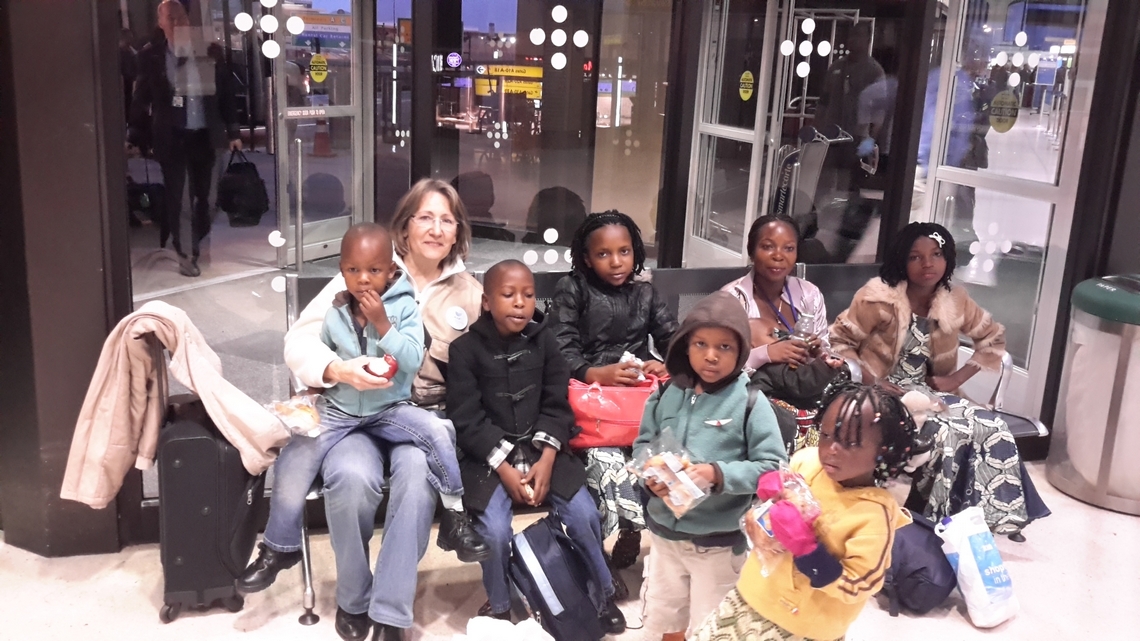