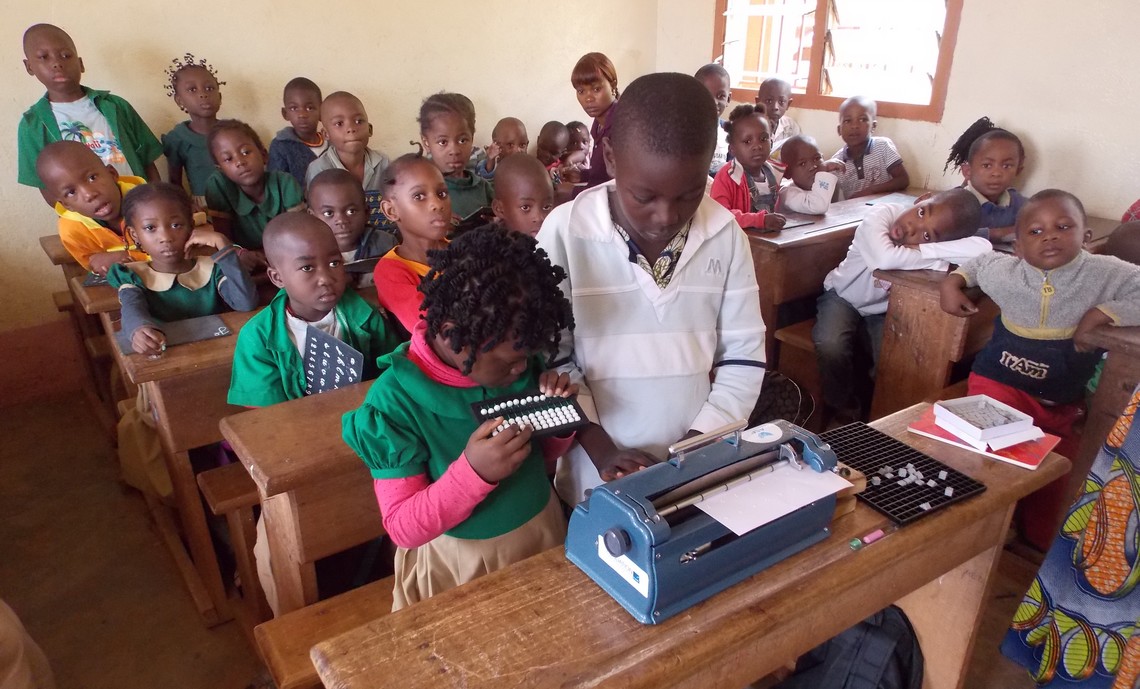 Let’s take a step back to the year 2012 when the Prom’handicam Association asked us for contacts and advice for a very special operation.

The operation would involve providing a comprehensive workshop for blind people and the head of ‘Medical Couriers’ began to think about the feasibility of Aviation Sans Frontières carrying out such a project.

This meant the start of a new mission...and what an exciting one!

Created in 1975, the Prom’handicam Centre accommodates and educates 120 disabled persons, of whom 50 are blind or visually impaired. The aim of the centre is to encourage disabled people to participate in social life by offering them education and professional training.

In June 2013, a team from ‘Medical Couriers’ went to Yaoundé and Douala in Cameroon to review the situation regarding the available resources for the programme, to hold discussions with Prom’handicam members and identify the centre’s needs.

Back in France, Aviation Sans Frontières mobilised and started to take action that would allow the project to come to life. In June 2014, a partnership agreement was signed with the CNP Assurance Foundation which agreed to financially support the project. The programme was to provide everything, no more no less: Cubarithms, talking calculators, sound balls and many other items. Most importantly, the programme would provide braille-adapted computer equipment. It took a great deal of work to draw up a precise list of what was required and to find good suppliers. However, this was to be expected for such an extraordinary mission!

September 2014: the project began to take shape and the equipment reached its destination. At the Prom’handicam Centre, a formal ceremony gathered all people from the centre, important local figures and the Medical Couriers team. The parcels were unpacked, and the contents of which distributed to the students and installed in the centre. 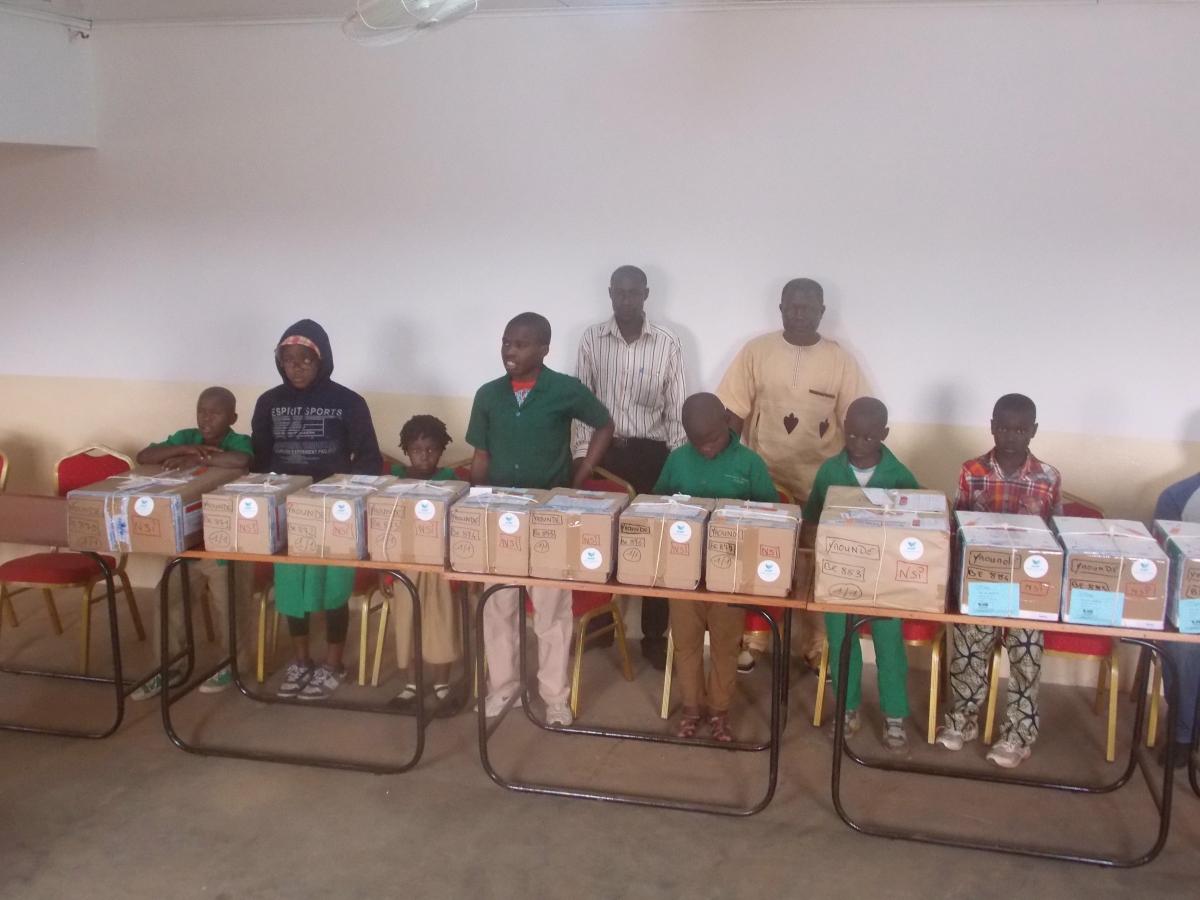 At this point, all the effort required to carry out the operation faded into the background. After being offered a simple white cane, a child came up to one of Aviation Sans Frontières volunteers to thank him and whispered, “You have opened up the world to me”. This sentence will remain engraved in this volunteer’s memory forever. 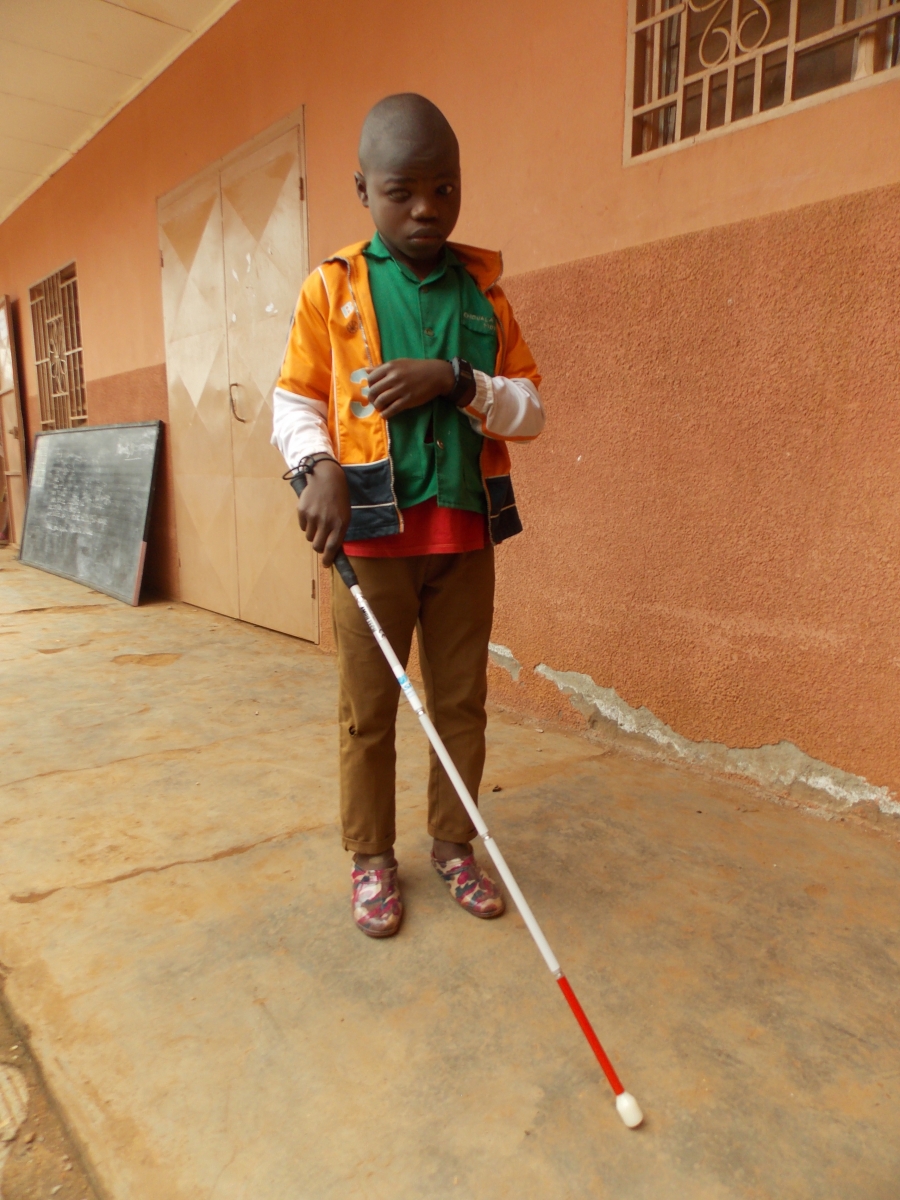 The ceremony then ended and it was time for the students to return to their workshops and brand new classrooms.

In 2015, Aviation Sans Frontières will launch new missions for blind people and help to equip centres in a number of countries.

To learn more information about this mission, you can read the  Lettre N° 92 !